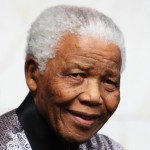 South Africa’s ex-President Nelson Mandela remains in a serious but stable condition in a Pretoria hospital, according to the latest update.

The presidency said Mr Mandela’s condition was unchanged and confirmed that he was in intensive care.

His former wife, Winnie Madikizela-Mandela, visited him on Monday.

Mr Mandela, 94, was admitted to hospital early on Saturday for the third time this year. He is being treated for a lung infection.

The government said in a statement: “President Jacob Zuma reiterates his call for South Africa to pray for Madiba and the family during this time.” Madiba is Mr Mandela’s clan name.