Detained Ekiti lawmaker reportedly died in DSS custody – DSS yet to confirm the development A member of the Ekiti state House of Assembly, Afolabi Akanni, has reportedly died in the custody of the Department of State Services (DSS). This was announced by the state government on March 17, Thursday. Lanre Ogunsuyi, information commissioner, at an emergency press conference confirmed that the legislator developed an ailment midnight of Thursday and died at dawn.
Those that addressed the conference comprise: the speaker of the assembly, Hon Kola Oluwawole, Attorney General and Commissioner for Justice, Mr Ajayi Owoseeni, Special Assistant on Communications to the governor, Lere Olayinka and Akanni’s lawyer, Barr Obafemi Adewale. “We call on the DSS to immediately clarify the situation as to the status (dead or alive) of Hon Afolabi Akanni, representing Efon Constituency by producing him physically for all Nigerians, particularly his immediate family to see. “While we are waiting for the DSS, we urge every resident of Ekiti state, particularly the people of his immediate Constituency in Efon to remain calm,” Ogunsuyi said. Akanni who represented Efon constituency was detained on March 4, when the DSS supposedly raided the assembly for undisclosed reason. He was immediately taken to Abuja where he had since been imprisoned, in spite of the ruling of the Federal High Court, Ado Ekiti, directing the DSS to either release him with immediate effect or produce him in court on March 16. Governor Ayo Fayose of the state reacting to the development said that he cannot be intimidated by security operatives’ harassment, adding that President Buhari was using the DSS to oppress Nigerians. 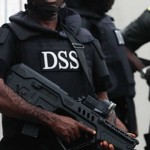